Learning To Love The Dandelions 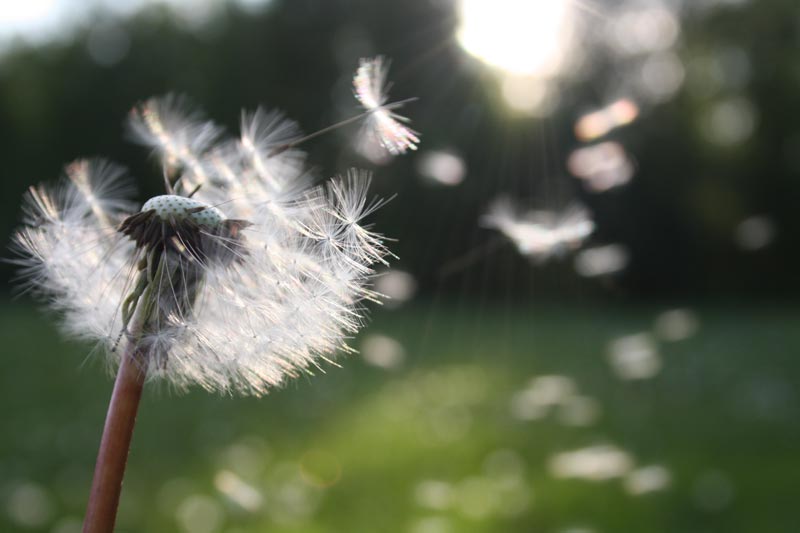 I’ve been preoccupied lately (some would say obsessed) with thoughts about my son’s future. In six short years, he will be 21, an age that strikes terror into the heart of anyone who has a child with special needs. Services like physical and speech therapy, and social skills training will be harder to get, and a lot more expensive. There are no clear options for higher education and job training, not to mention housing. As a result, I am scrambling, along with every other parent I know, to figure out what life might look like for my son when he is an adult.

So I was eager to attend a “Town Hall” meeting at Drexel University organized by Autism Speaks. The meeting featured a panel of entrepreneurs who have created viable businesses that center around hiring people with disabilities. At the meeting, I learned about a bakery that produces gourmet dog biscuits, a laundry service for college kids, and a hydroponic lettuce and herb farm!

But I got so much more than I had imagined. Because, participating on that panel of entrepreneurs was a man who has a vision about our special kids and the gifts that they can bestow on the world at large.

Thorkil Sonne is an entrepreneur from Denmark and the parent of a young man with high functioning autism. While Sonne’s child has many of social limitations associated with autism, he also possesses skills such as an incredible visual memory. Sonne discovered that the skills his son, and others like him, fit well in the field of information technology. Sonne founded Specialisterne, or Specialist People, a foundation with the stated goal of helping one million adults with autism worldwide land jobs in the IT sector.

Sonne believes that the companies who hire adults with autism gain so much more than people with valuable skills. He also asserts that having employees with autism introduces a beneficial change to the company’s entire culture by increasing a sense of flexibility and tolerance among coworkers.

And to make his point, Sonne made a parallel between individuals with autism and—dandelions.

He talked about how children delight in dandelions, seeing their beauty and their fun at face value. Kids make necklaces out of them, pick handfuls of them, and love to blow on them and see billowing white bits of the flower float into the sky.

And then these children grow up. All of a sudden, the dandelion is nothing but a nuisance, a weed that needs to be removed. The dandelion ruins the uniformity of green lawns. It becomes an affront, not a delight.

Nothing has changed about the dandelion. It is the way we view them that has altered. Our adult eyes dismiss them, and in doing so, we miss out on their possibilities: like the greens, which are delicious in salads.

Sonne’s dandelion metaphor reminded me of an experience that I had years ago when Noah was about eight and I had a chance conversation with a child who was able to see my son in a way that I could not.

I was at a friend’s house watching Noah play air hockey with a six-year-old named Charlie. It was a good match-up for both of them. Noah was perfectly content because he couldn’t care less where the puck was going. He was humming, and talking to himself, with a huge smile on his face. Charlie, on the other hand, was delighted to get what was probably the highest score of his life. He was creaming Noah; it might have been a shutout. I remember watching them, focusing on the differences between Charlie and Noah, and bemoaning my son’s deficits, especially the fact that my son didn’t care, or even realize, that he was losing.

Charlie had heard about autism, probably from his parents, and he had a few questions for me. Mostly he wanted to understand what was wrong with Noah. I told Charlie about my son’s difficulties with learning new things and speaking. Charlie countered, “But I don’t see what’s wrong with him. He’s so happy. He’s the happiest kid I know.”

Charlie then filled me in about a medicine that cured autism. I asked him what the medicine was. He said that he couldn’t remember the name, but suggested, wisely, that I Google autism and medicine.

He added: “I know one guy who took the medicine. He doesn’t have autism anymore, but he isn’t happy.”

As Charlie was getting ready to leave, he said, “Well, if you do try the medicine with Noah, make sure it doesn’t do anything to the happiness.”

And here was the difference between Charlie and me at that moment. Charlie was reveling in the dandelions; I was looking past them, wanting only to get rid of them. I couldn’t see what was right in front of me, and what was so clear to Charlie, which was my son’s infectiously happy spirit. All I saw were the weeds.

When I can remember Charlie’s words and his delight in the dandelions, I am reminded that there are many ways to view my son. I can also glimpse a world that is rich with possibility. It is amazing just how different things can look when we can put aside our prejudices and assumptions, and see each other through a lens of delight. I hope that Thorkil Sonne is onto something, and that a cultural shift is coming. For my part, I have to keep remembering to enjoy the dandelions.