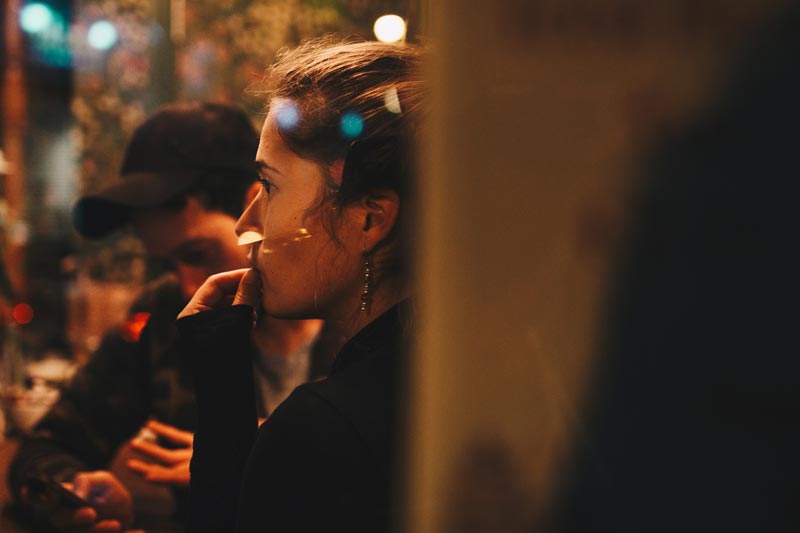 I’m in line in the supermarket, leafing through a magazine, and I see an advertisement for something I just have to have. It is the newest coffeemaker, one that makes espresso with more steam pressure than a locomotive. And suddenly, the reliable coffeemaker I have at home isn’t enough.

At that moment, I unwittingly stepped into Comparison Land. It is a place where I always come up short.

We live in a world where we are constantly invited to compare. Do you have the right kitchen appliances? Is your wardrobe up to date? Are you having as much fun as your friends on Facebook? All around us, we get constant reminders that we are somehow not measuring up. It might be a great way to sell new coffeemakers, but it can really affect the way you see your life. Instead of appreciating what you have, you are constantly looking over your shoulder to see what you lack.

Having a child with special needs makes me realize just how much I visit the parent’s version of Comparison Land. Of course, I love my son and want him to have as full a life as possible. But the comparisons start building up and I am not able to appreciate my son’s very particular way of growing up in this world.

This year, my son turned 18, and I have found myself in Comparison Land a lot. The differences are just too big to ignore. Other parents of 18 year olds are talking about their child’s SAT scores, where they will go to college, or their exciting gap year plans.

My son is embarking on a very different path. He has both autism and an intellectual disability. Chances are, he will never be able to fully care for himself independently. Instead of studying academics, he is in school to learn functional skills: how to read street signs and train schedules, how to cross the street safely, how to handle money and shop for food, how to take public transportation.

It is a constant invitation to feel sadness and even envy that my parenting experience is so different from that of others. I imagine that other parents are teaching their kids about budgeting their money, or negotiating when their child can drive the family car. I am in a far different place, with a son who needs reminders about the most basic things. On a typical school morning, my son more often than not comes downstairs with some kind of wardrobe malfunction. He might be wearing his shirt inside out and his pants on backwards. I have to prompt him quite a bit before he even recognizes that something is wrong with his clothing. It takes even more reminders to get him to fix these problems adequately.

Parenting Noah can be a frustrating business, and when I view my son from Comparison Land, it looks like he is standing in place while everyone else is growing around him. I focus on all the times he manages to lose or misplace his glasses or his wallet. All those times that he leaves for school with his lunch still on the kitchen counter.

But telling the story from Comparison Land doesn’t paint an accurate picture. I always need to remember that the only comparing worth doing is recognizing where Noah is now compared with where he used to be.

On a recent evening, I was visiting some friends for a few hours while Noah was home alone. This in itself is huge progress, my son’s ability to be at home by himself for limited amounts of time. He might be spending the time in his room looking at the same YouTube video over and over again, not the most productive thing in the world, but at least I know he is safe, that he won’t open the door to strangers.

On this particular evening, my son was home by himself and my cell phone rang.

It was Noah, calling me from his cell phone: “I’m looking for my business casual pants. I looked everywhere but I can’t find them. Where are they?”

It seemed like such a minor event. (It turned out I didn’t know where Noah’s business casual pants were, and I told him I would help him look later.) But when I got off the phone I was doing a victory dance. And my friends, who have known Noah for a long time, were rejoicing with me:
“He actually called you on his cell??”
“He was asking you about his business casual pants??? Are you kidding me?”

My son has a job at his school that requires business casual dress every Thursday, including khaki pants and a shirt with a collar. Usually, I have to remind him about Business Casual Thursday, even march him back upstairs when he appears for breakfast wearing an inside out t-shirt and shorts instead of his work clothes.

But here it was, the night before Business Casual Thursday, and my son was miraculously planning ahead! Instead of sitting and watching videos, he was apparently trying to get things organized for Thursday. And, when he realized he needed help, he actually remembered that he could call me. This was the first time I had ever received a phone call from his cell phone completely unprompted.

Ok. This was not an acceptance to an ivy-league university. But it was one of those things that I would have considered impossible just six months ago, when I felt like I was calling his school at least weekly to apologize that Noah had forgotten yet another thing he had needed to bring with him that day. It showed my son’s growing ability to plan, to spend his alone time productively, and to use his cell phone proactively.

It was an incredibly sweet moment, a reminder to put comparisons aside, that Noah is simply growing in his own singular way.

As I continue on the parenting journey, I find that I am still apt to venture into Comparison Land, but Noah continues to teach me that it is not the whole story. The only thing worth looking at is how far we have come from where we were. And I realize that I have come a lot farther in embracing all that I have right now—old coffeemaker included.