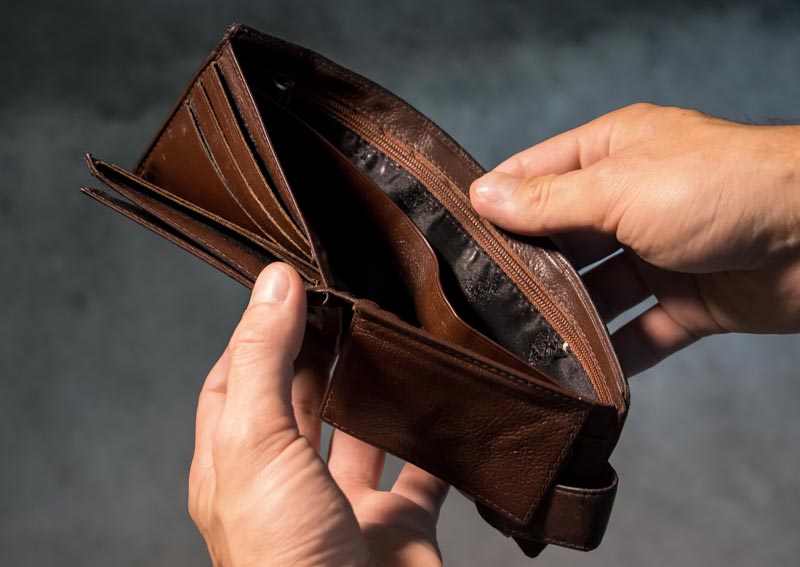 I was having dinner with a friend who came in from out of town, and he described a harrowing experience at the airport. It seems my friend had somehow taken his wife’s license instead of his own to security. Fortunately, he was able to explain how he got the wrong license and he ultimately made his flight. But for that moment, my friend had temporarily misplaced his ID. Having lost his ID, it was as if he’d been turned into someone else.

It occurred to me that I knew exactly what he was talking about. For me, and so many other parents of children on the autism spectrum, we have a recurring experience of “losing” our ID.

Before my son was born, and I had just my daughter, I felt like I was on pretty solid ground, that my world was a fairly predictable and safe place. I saw myself as a relaxed and reasonable mom, the kind of parent who was able to let things take their natural course. What I didn’t realize then was that my daughter was a very easy child to parent, and it was easy to feel confident in my parenting. When Noah came along, and he wasn’t developing in expected ways, I was suddenly not so sure of myself.

When you learn that your child has a disability, you are, of course, the same person you were the day before. But nothing feels the same. You can feel like you have lost the things that define you.

In this new and scary place, I felt particularly vulnerable to the reactions that other people had to me and to my son.

For a while, my son’s first pediatrician and preschool teacher couldn’t see that anything was amiss with my son, and treated me as if I were one of those overly nervous parents who need lots of reassurance. Encounters with other parents were also strange and different, like I had entered a country where I didn’t know the language. I remember telling a dad my worries that my then-toddler son wasn’t able to communicate, that he had stopped using the words he had used before. This dad had two very verbal kids, and he must have thought he was being helpful when he told me, “What I do is, I talk to my kids all the time. When I’m in the car with them, when we’re taking a walk, when I’m at home. If you do that, that will have a big impact on Noah.”

To this parent, the pediatrician and the teacher, I wanted to scream, “I am not a hysterical worrywart! I actually know something about raising kids!” But another part of me wasn’t so sure. Each of these situations, which felt like I lost my ID, was destabilitizing.

This issue is on my mind because I just emerged from another lost-ID moment: Last month I temporarily got mired in the rabbit hole of the state welfare system.

My son, like every other child with a disability, is entitled to Medicaid, and has had Medical Assistance for years now. Each year, you have to reapply, but this year I had made an error filling out the forms. I tried to remedy the mistake right away, calling the welfare office and following their instructions to fax the appropriate tax forms. I was told that while I had done everything I need to do, I should call just to make sure that my forms were processed. But it wasn’t so simple. Each time I called, I was told something slightly different. Once, that there was a certain supervisor who needed to look at the forms. At another time, that there was additional paperwork that was needed. Then, I was told I didn’t need some of the additional items I’d sent. Over and over, there was something else holding up the process. And so I kept calling, getting strung along for several weeks in this way.

Finally, I reached someone who told me my son had been cut off from Medical Assistance months ago, even before I had called the first time. She told me that my son’s file didn’t even exist any more, and that I needed to fill out a completely new application.

My tone of voice must have registered my sense of shock. The welfare employee, however, treated me as if I was armed and dangerous: “Ma’am, you are being very rude. I am going to hang up if you keep being hostile.”

I try to backtrack, to use a calmer tone of voice. I felt helpless, like everything depended on this woman hearing me out. I asked her how my son could have no record when he has had Medical Assistance for the past eleven years. But this woman was past hearing me. She continued to repeat. “Ma’am, I have explained everything to you several times. If you don’t hear from us by Friday, call us on Monday.” She hung up.

And only then, it occurred to me that Monday was a national holiday. I called back three times. And even though I reached different people at the call center, I was “disconnected” each time.

I had lost my ID again. While I like to think that I come across as a kind and reasonable person, I was now in a place where I was seen as a loose cannon, someone who didn’t know how to have a civil conversation. And for a while, I felt myself move into a primitive, angry place. At that moment, I would have loved nothing more than to reach through the telephone line and throttle that woman at the call center.

My experience in the bureaucracy maze continued with a visit to the welfare office. As I was sitting there, I was stewing in how unjustly I was treated. I didn’t ask for this. I don’t want to have a disabled son who requires Medical Assistance.

Then I started looking around. I was far from the only person there. There were so many people sitting there, waiting for hours while things moved at a glacial pace. There were moms with small children and babies. Some of the children were acting up and tempers got short, but you could hardly blame the parents. My son was pretty good, but he even he began to repeat, “When will they say the number18? (our number in line)

The woman we finally met with, while polite, told me that I would have to jump through more hoops. I would need to once again apply to, and get a formal rejection from, Social Security. I would also have to get more verifications of employment.

I felt completely overwhelmed, but I was starting to find my way out of the bureaucratic chaos. When I finally left, I was feeling slightly more centered, and was surprised to feel a real sense of connection to everyone else sitting in that welfare office.

And I realized something important about the lost ID situations. They could—and do—happen to all of us at one time or another. We live in this fantasy that others will always recognize the competent and independent people we are and treat us as such. But, then things happen. Our child is ill, or has a disability. Our parent becomes frail and can’t take care of him or herself. We find ourselves lost or needing help. We don’t anticipate that we will be in this position, but suddenly we are vulnerable.

There is a quote from the Old Testament that reads: “Be kind to the stranger, for you were once a stranger.” My experience as Noah’s parent helps me understand these words in a new way. We all have times when we leave the familiar and suddenly don’t know who or where we are. At these times, we need kindness and understanding from others.

And we need to be compassionate for ourselves. These lost-ID experiences open us up to other parts of ourselves, the parts that can be vulnerable and a little raw. But these aspects that we discover in ourselves can ultimately become part of our resilience and strength.

PS: I finally got out of the welfare morass! On the advice of a friend, I called my state representative. I talked to a very nice aide at her office, and low and behold, got a call from welfare a week later letting me know that Noah was not dropped from Medical Assistance after all! Which reveals another truth about losing—and finding—my ID. As crazy-making as these lost ID moments can be, they encourage me, and other parents, to find places of empowerment.