Getting Lost at the DMV 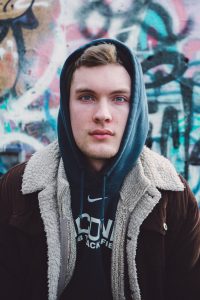 The other day I took my son, Noah, over to the Department of Motor Vehicles to get his picture taken for a new ID card. It is no one’s idea of a good time, but we had the day off and it was something that needed to be done.

By the time we got there, the DMV was already crowded with people who had clearly been waiting for quite a while. I was trying to fight my own feelings of impatience, and kept myself occupied by watching the people around me.

I noticed a young man walk up to the counter to get his picture taken. He was tall and lanky, and he looked to be about Noah’s age. And before I knew it, I began to make up a story about him, imagining that he was on break from college, or had perhaps just gotten his first job. In my imagination, this young man was independent and competent, the kind of person who is organized about such things as getting his driver’s license renewed on time.

Of course, I had no idea who this man was. Maybe he was really a high school dropout, and his parents were threatening to kick him out of the house unless he got his license renewed. For all I know, he could have been a drug kingpin who was about to be arrested by the police.

So why did I create this idyllic picture?

It turns out that my story had nothing to with this young man. Instead, my imaginings had everything to do my son, or, more accurately, the feelings that arise for me as Noah’s parent.